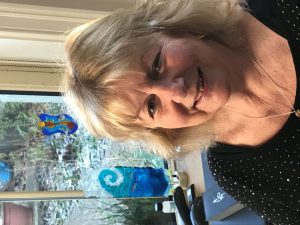 Water is vital for all forms of life, water moves through many cycles of evaporation,
condensation, precipitation, run-off. Water comes in many forms the seas, oceans, ground-
water, glaciers, ice -caps, clouds, rainwater or run -off water. Freshwater has been used by
humans for generations for agriculture, fishing, heating, cooling, washing, sports, to name a
few. Water covers enormous parts of the earth. In the Arctic it’s an ocean almost completely
surrounded by continents and Greenland. Antarctica is the southernmost continent, home of
the south pole and is a virtually uninhabited ice-covered landmass.
In the other extremes are the African continent, a lack of clean fresh water is the biggest
cause of illness and poverty. Water is vital for the production of crops and to animals for
food. Some animals adapt quite well in such hot temperature`s, to conserve water e. g camels
in the desert.
In the developed world, we enjoy clean and relatively abundant water resources and we don’t
tend to have water shortages. Ground -water is an important source of drinking water, it
supports rivers, lakes and the ecosystems. It contains natural substances from the soil and
rocks and travels through fractures, joints and weaknesses in the rocks, wells and springs,.
In Ireland, we have raised bogs and blanket bogs; where most bog land is situated the
surrounding land is poor quality for grassland for cattle or food production hence those
farmers had little or no income so turf was a valuable source of heat and income.
Turf by its nature, is a single source layer of earth, containing dense growth of plants ,roots,
grass, all matted together to form a thick mat or sod.
My grand-mother`s family had a small farm near Littleton and they had their own bog which
they used to provide fuel for heating and cooking. During, my childhood summer holidays I
have fond memories of going to their bog to help with the gathering of turf as it was very
labour intensive. Cutting the turf, my cousin would bring along his two sides spade called a
slean, it would slice blocks of turf from the wall of the bog. When they were laid out in the
sun, to dry and a few days later turned then after a week a skin would form, they then would
be stood upright, balancing precariously against each -other to dry in the wind and rain called
footing.
Turf stacks are a familiar site during the summer months. In late July a donkey with two
wicker baskets on either side or a wooden horse cart would be used to transport the turf home
as the bog terrain is very uneven.
We spent many afternoons catching frogs in the marches and we used to look forward to a
out -door picnic of buttered scones and apple tarts and a flask of tea or cool bottle of red
lemonade. A reward for all our hard work.
Happy childhood memories remain when I smell the sweet aromatic smoking scent of
burning turf.
Bogs are a vital source of carbon and burning turf releases far more climate altering gases
than coal, so it has a negative impact on the climate. E U environmental concerns that all its
energy has to be generated from reusable sources by 2030. So the closure of peat plants in
Littleton in 2018 is helping the environment as a landfill plastic recycling plant, instead of
destroying it!
Water is a gift from nature it has to be preserved and protected too. We have to be vigilant in
conserving and protecting our water from contamination and pollution.

I am a canal-sider from birth but my travels took me far away from and back to canals since I was a child of seven. Now retired, my permanent home finds me five minutes from my long-time friend. I walk a spur of the Grand Canal regularly and my favourite stretch is between the library

It was a warm school day. I knew that because I was only six or seven years old, and I was, indeed, in school. Senior Infants, to be exact. Behind my school, there was a small garden area- although given my tiny size, it may as well have been an Olympic stadium. It was filled

When I was a little girl, I spent many hours wandering the stately rooms and echoing hallways of Castletown House, admiring the elegance of the country house, skipping through corridors and rooms big and small, noting every item of furniture and counting every secret doorway. My mother worked as a guide there when the house