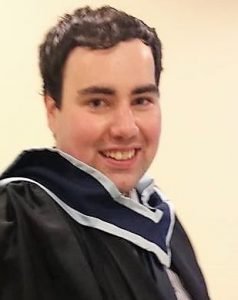 I would walk along the Barrow and let all my grief go with the river. You see the river flowed right
behind my shared apartment and in that complicated first year away from home I would walk with it.
Walk with it when angry, when lonely, when worried, or sometimes when just bored.
The Barrow and I met in my first year of college in Carlow. Indeed, I first starred at it from the
window of my third floor plainly decorated apartment. The river instantly attracted me at a time when
far away from home and often alone; it was always there for me. An escape that was never busy,
never judging. The Barrow and I soon came companions.
The Barrow was a friend when sunny and warm, although we regularly met when it was cold and
dark. I would often travel on the walkway with only the moon as my light. Sometimes, the river’s path
would take me gently away from the town’s roars and cries on a busy weekend, take me to calmness
with its peaceful backing track of ripples.
I remember if I stopped and took a break on my journey the ducks would often come looking for
bread, and I would have to apologise before saying on my departure that it really isn’t one of their five
a day. As I walked on, I sometimes heard their quacks of disappointment – “Quack, quack, your no
craic.”
Regularly, I would stop on the Park’s Millennium bridge and watch the swans. I admired their class
and eloquenceI could imagine them gracefully sipping a glass Santa Rita 120 Sauvignon Blanc and
discussing some of George Bernard Shaw’s works.
As I walked alongside Ireland’s second-largest river, I often thought how long it had been here, and
about all its history and folklore. How it comes to life in the Slieve Bloom mountain range and travels
to Waterford harbour. Can you imagine all the tales it could tell? About canal boats, fishermen, and
even some historical battles on its banks.
Some mornings, I would meet joyful children with parents showing the natural beauty of nature.
Sometimes, I saw older men and women keeping fit, keeping active and keeping happy. Sometimes, I
would hear new accents and learnt hello in new languages. The Barrow welcomed all. Never
questioned just listened.
Sometimes we would talk, and the Barrow would always listen. It wouldn’t interrupt and never gave
the wrong answer. I recall how I would often return to the apartment with a weight lifted or maybe
even a problem solved. My walks along the Barren could not only change my mood but change my
day.
While in college, I would grow to like Carlow and made many great friends, but the Barrow was the
first.

The year must have been about 1954 or 55. We had spent the day at the seaside – Summercove, outside Kinsale. It was a fairly typical family outing: mother, father, grandmother and two small boys, the younger a baby. I was the elder, about four years old. The day had passed in the usual way

Through alder trunks and fresh willow whips, the pool surface is pale in the gathering dusk. The evening sky reflects like a mirror. Birdsong is rich and clear. Every small animal waiting for dusk has woken; thinking about a night of foraging ahead. A kingfisher flashes past. From the bog at Shanagarry comes the plaintive