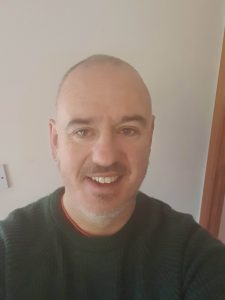 Rising slowly that morning, the sun watched as a single boat chugged sleepily inwards towards the
safety of the harbour walls. Its hull was filled with several overflowing fish boxes. Although the world
was on lockdown, the lobsters went about their business totally oblivious. That included being
caught in the pots, having been lured by a smelly chunk of rotting mackerel flesh. The fisherman was
silent and stoic as he put the white rubber bands around the claws of those larger, more
threatening, among the captured. He tied up his vessel and unloaded, staring up his old Micra and
left the boat behind to rest before the next outing. The village was still sleeping though if recent
weeks were anything to go by, it would never really wake at all that day. Yawning at the wheel, his
only thoughts were of the warmth that awaited him next to his sleeping wife.
Blackfoot had always hated seagulls. Whenever he ventured out into the open during daylight hours,
it was like it was their mission to annoy him. He knew they wanted the food he was scrounging and it
was just their way but it was annoying. They would swoop in screeching and dive bomb just above
his head, continue on their path, turn mid arch and then attack from the opposite side. They never
hit him. Most times he wouldn’t even flinch but on the rare occasion he would feel the brushing of
air against him as they swooped by that bit too closely. Anybody walking along Circular Road could
tell that there was a fox beyond a garden hedge or behind a house without seeing him. They
couldn’t miss the screeching and swooping of the gulls. It was a clear giveaway. Sometimes the gulls
had backup in the shape of a magpie or two. Blackfoot hated magpies just as much. The gull’s
shrieking was bad enough, but the magpie’s cackle was deafening. They always seemed to do it as he
neared a potential meal. One evening last summer, in a field just outside the town, he was about ten
feet away from an oblivious young rabbit, laying low in the grass, about to pounce when two
magpies on a branch above his head cackled their finest, scaring away his supper. One of them
almost smiled as they both flew away, job done.
Just as the weary fisherman climbed into his bed, across Dunmore East the fox scavenged in the
gardens of Circular Road. Looking towards the forest, from the back of the man’s house, to the West
a single gull soared on the thermals caused by the dead heat of the morning. Two male blackbirds
argued over an unfinished apple, barely eaten by the youngest boy, before being cast out onto the
grass. A lone magpie balanced on the telegraph pole above. Off in the distance the sound of a
lawnmower intermingled with the singing of two robins, one on a tree stump, gaily painted by the
children when bored and the other atop the outdoor washing line. The calmness was suddenly
broken by the cackle of a magpie, something had gotten his attention. The dog fox sniffed the air.
The magpie let out one more angry sound and dropped from the wires, gliding past the house and
down towards the village. The sliding door opened, the man having spotted the visitor. A handful of
scraps fell about 6 feet in front of the fox’s front paws. The man crouched at the door, making
himself smaller, the fox sat back on his hind legs like one of his domesticated cousins. For almost two
minutes, neither party moved. Then sensing no threat, the fox edged forward and began to devour
the morsels. He raised his head after every few bites, but the human had not moved. After he ate
what was provided, he again sat back and waited. The man disappeared into the darkness behind
him and then again he filled the space. Two chicken’s eggs were dropped gently onto the grass,
again a few feet in front of him. He stood on all fours once more, sniffing the wind, before lowering
his head and edging towards the offering. He was apprehensive, as was his nature but he moved at a
steady pace to the eggs. The man took a step outside and sat on the garden chair nearest him. The
fox lifted one egg gently between his jaws and trotted over to one of the tree stumps. He scratched
at the earth, creating a small hole into which he placed the egg. Trotting more confidently this time,
he picked up the second egg, cracking its shell with his teeth before dropping it onto the grass. He
lapped up the rich yoke first before consuming the white. Lifting his head to watch the man for a
final moment, he turned and melted into the long grass. The man waited for a minute and then
returned inside, tending to his children and preparing breakfast. Down in the harbour, the water was
still, its surface like a giant mirror. A seal popped his head through the surface, looked around
inquisitively and dove to the depths. Still the fishing boat rose and fell on the gentle tide, waiting,
safe behind the granite harbour walls.

Mom said we could go to Tramore beach for a picnic. I jumped up and down. I loved the beach – even though I couldn’t swim. What more could a seven year old ask for? Mom asked me to butter some bread. I couldn’t wait to get there, so I eagerly agreed to help. We

In 1174 AD a fierce sea battle raged in Dungarvan bay that was to be recorded as Munster’s last Norse battle. The Hiberno-Norse were descendant of the Scandinavian Vikings that had settled on the south east coast a few hundred years earlier. They had likely established a settlement along the bay as several Viking/Norse place

It was my first day back at school and I was so excited because my class and I were going kayaking down the Blackwater river in Lismore. The instructor was waiting by the side of the river just past the Lismore Bridge with about 20 colourful kayaks shining in the sun. There was loads of

Sitting on the water’s edge, skimming stones, she couldn’t help but feel a strange presence surrounding her. She watched the stones skip along the surface bouncing into the unknown. An air of melancholy surrounded her and echoed the mood she harboured within. Lucy often heard told of the story of Mary Hannigan, banished to these